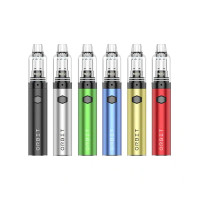 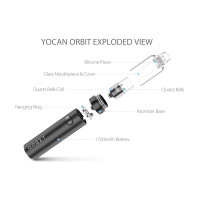 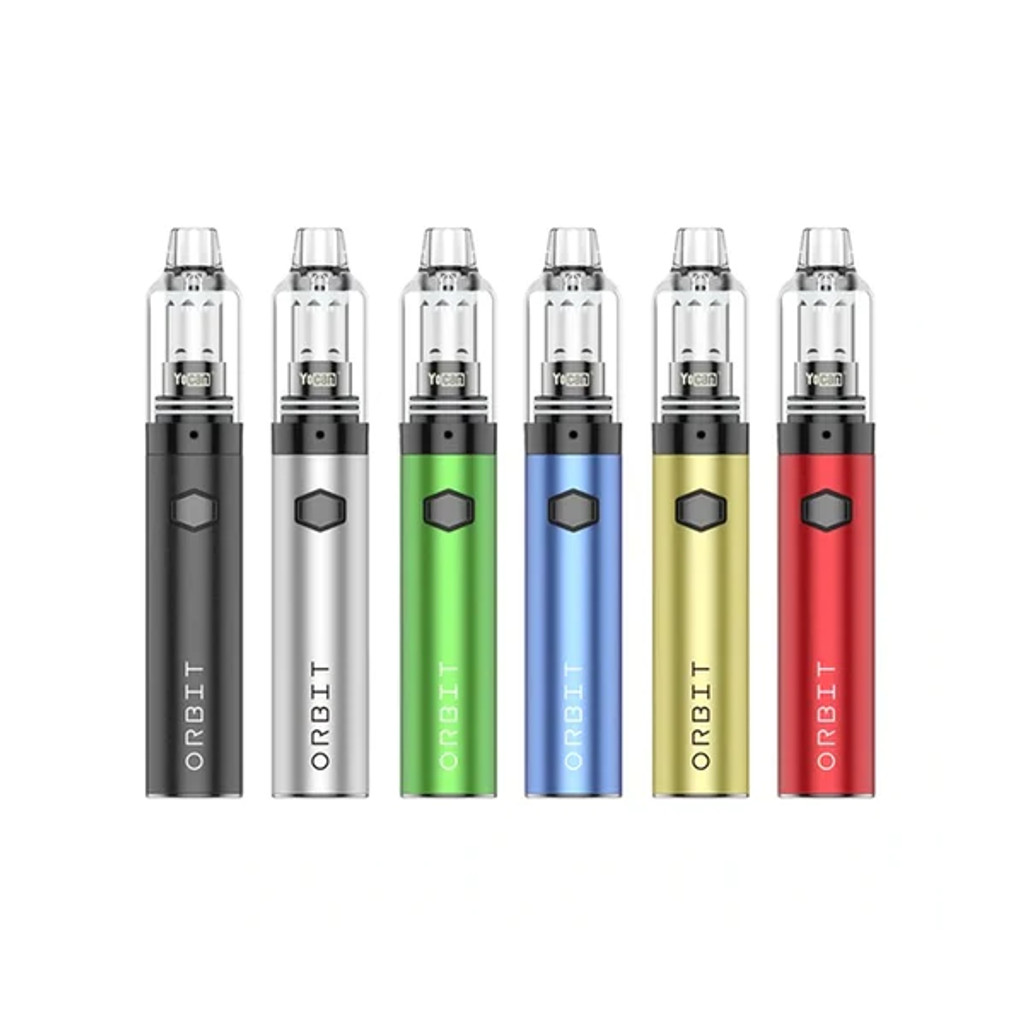 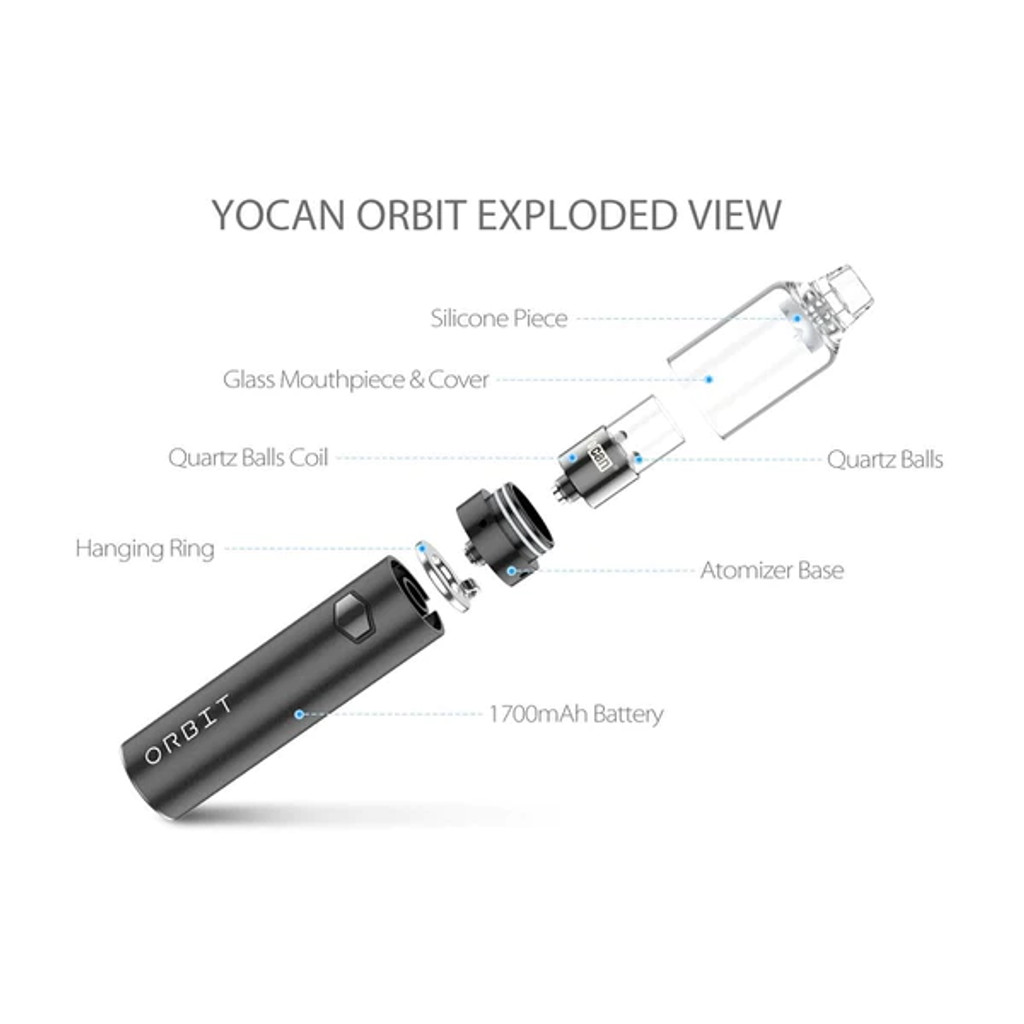 ABOUT THE YOCAN ORBIT PEN

THIS DEVICE WAS INTENDED FOR AROMATHERAPY USE ONLY.

Yocan has always been one to revolutionize the vaping industry. For years, the Chinese company has always been the go-to for affordable and reliable wax pens, dry herb s, and oil s allowing many consumers to enjoy and experience the latest innovations in vaping without actually breaking the bank.

This time, Yocan brings yet another innovation that we don’t typically see on wax pens. The Yocan Orbit Pen is a small and compact wax  that brings dab rig and e-rig technology to a handheld device. The Yocan Orbit Pen features terp pearls and a coil-less quartz cup which elevates its owner’s experience and further boosts the effects of their select wax concentrates and choice extracts giving them the best session they’ve had — all while using a portable .

Interested to find out just how innovative the Yocan Orbit Pen can get? Read on below to see why you need to add one in your arsenal. And as always, make sure to get your s directly from the source, at Yocan .

Yocan has used some of its advanced battery technology on its next-gen devices, devices that have been built with better features than the competition.The Yocan Orbit Pen features a powerful 1700mAh battery that delivers more than enough juice to make the heating elements work. Those who are in need for a that will put them through their paces need not look further as the Yocan Orbit Pen definitely has the power to kick them off their socks.

Depending on your consumption pattern, the Yocan Orbit Pen can last you for a full day — or several days — with just a single charge. This means that light wax consumers who use their s seldomly or moderately can expect the Yocan Orbit Pen to put out consistent power for a day or two while those who constantly have their lips on their mouthpieces might have to plug the battery at least once a day.

Speaking of charging, the Yocan Orbit Pen uses next-gen charging technology with USB-C. USB-C has certain advantages over its more dated counterparts as it offers faster charging while maintaining optimal power delivery. To simply put it, USB-C charging quickly charges one’s battery and prevents it from getting damaged from unstable power transfer.When plugged in a wall adapter, it only takes 2.5 hours to fully charge the Yocan Orbit Pen.

If you’ve used a dab rig or an e-rig, you’d definitely heard about terp pearls. Terp pearls, sometimes referred to as dab pearls, are small pearl-like accessories used by wax concentrate consumers to improve the performance of their devices and help them achieve optimum temperature levels when dabbing.

In addition, the quartz balls also ensure efficient wax consumption as when the quartz balls spin about, the action eliminates residual leftovers and ensures that all your extracts are vaporized to the last drop.

Those who use their dab pens for both recreational and medicinal purposes better take the chance of owning Yocan’s first wax to use this technology. There’s no doubt that the manufacturer will surely improve this technology in future offerings but having the first one just hits harder.

Furthermore, the mouthpiece on the Yocan Orbit Pen features a rotary cap which promotes better airflow.

Like most Yocan devices, the Yocan Orbit Pen also allow its owners to personalize their sessions by way of a variable voltage setting. Depending on your tastes, you can adjust the temperature profile in a manner as to give you flavorful wisps of clouds to potent plumes of vapors.

Yocan also outfitted the Yocan Orbit Pen with a 10-second pre-heat function which, for those who have been following the brand, is used to melt hardened wax concentrates and condition the extracts for on-demand vaporization.

A true mark of a premium device, Yocan opted to use high quality materials in building the Yocan Orbit Pen. This wax pen uses stainless-steel to house its components which gives the Yocan Orbit Pen two important features: sturdiness and reduced weight.

Those who use their s on-the-go will tell you that it is a pain putting a heavy dab pen in your pocket. Yes, a heavy wax pen might feel substantial but overtime, it becomes a burden — to the point that some even have to carry purses or small bags just to have a place to keep their heavy s when they’re out and about.Yocan eliminated that problem by using stainless steel instead of cheap plastic or pot metal. This makes the Yocan Orbit Pen lightweight and a joy to hold in the palm of one’s hand.

So, if you’re looking for a premium wax pen without the premium price tag, then make sure you check out the Yocan Orbit Pen. And to make sure you are getting authentic and original products, make sure to purchase only from Yocan .

(Only registered customers can review this product)
Additional info 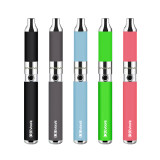